Woofity! MolliePup here! Mumma took me outside tonight and I got to see the first of the summer fireflies. I can't really see them too well as they seem to disappear before I get a good look at the glow, but mumma seems to really like them. She stares off into the distance and sometimes I think she sees a squirrel or stray cat or something else I can bark at, but mostly she just wistfully sighs with a smile on her face. She likes bugs, I guess. She's weird sometimes. 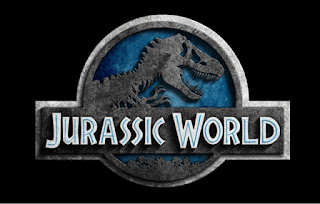 She left me at home this morning and when she came back she smelled like popcorn and was talking about dinosaurs. My people in General seemed very excited about seeing the dinosaurs in "IMAX 3D" or whatever that means. Seems you need these special glasses to watch. I can wear glasses. I was a bit miffed that she didn't take me to see them too. I could have barked at them. Anyway, mumma said it was one of best movies she's seen since Harry Potter, and that's saying something. She wants to go again but I don't want her to leave me home again. I really hate being left behind. They left me behind the other day when they went to Target to buy Jr a new lamp. Seems they acted like dorks with the dinosaur display. I found the evidence in mumma's phone: 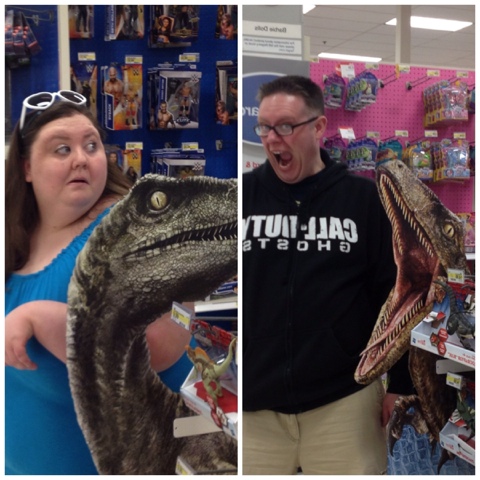 In the end I got my daily cuddle and mumma hummed some sort of dinosaur theme song as I fell asleep. It was nice.