At the age of seventeen, all the kids in the galaxy travel across aethics of space to compete for work placement. For Coral, this means leaving the orderly and protected Wiltshire hub and traveling to the apprenticeship battleground: Bath sky hub. Her competition and roommate is feisty Siren, who has designs on Coral's older brother Kelp. Worse, Coral becomes the unwanted recipient of affection from Siren’s repellant brother Reef. Just knowing he’s in the same skyhub activates her introvert tendencies and makes her itchy.

Coral begins to read fiction books--an unpopular pastime back home--and her imagination releases like an anti-gravity chamber. When The Great Ship Northanger docks nearby, unsettling rumors spread about it and her intense Commander Barnacle. What's even more frightening are Coral's new feelings for Barnacle's son Tidal. Her lips go numb even just thinking about kissing him.

Coral wins a coveted place on Northanger but to her horror discovers that something as black as dark matter is going on in the bowels of the ship. Only Coral can figure out what's haunting Northanger and scaring her crew--and what's keeping Tidal's sister Shore so close to home when there's a great wide universe waiting to be explored just outside the ship’s thick hull.

THE GREAT SHIP NORTHANGER is my futuristic retelling of Jane Austen's NORTHANGER ABBEY in space. When complete, it will be around 70,000 words.


Alison Arroway takes a lickin’ and keeps on tickin’. She has to, or she won’t get paid. Alison is a stunt double for pampered teen actress Pomegranate and when the director takes the shoot to Portugal, Alison is anything but thrilled to be rooming with Pom. But getting to hang around teen hearthrob Erik? Now that’s a plus.

Erik invites both girls on a sunset boat trip and Alison manages to have a decent time. Until the storm hits and the boat is shipwrecked on a small island, leaving Erik missing and the boat captain dead.

In the morning light, Alison and Pom find themselves on the lost island of Atlantis. Only one problem: now that the girls know the secret of the island, the Atlanteans don’t want them to leave. They're stuck with corsets, full-skirted dresses, and the strange steam-driven contraptions that are just a way of life for the islanders.

When a plot by the ruthless army Captain to take over the island and declare himself General over all emerges, an underground group promises to return the girls to the mainland if they can help stop him. They'll go through a mountain, literally, to find the Book of Blue, a book that will explain how to make ‘the stars fall sideways' in order to save the day and earn their freedom.

THE STARS FELL SIDEWAYS, my YA Steampunkish fantasy, is complete at 61,000 words and is available for purchase now!

Still reeling from the loss of little brother James to cancer two years previously, Tavi’s family is poor but they manage to get by. On a whim, Tavi has her dad buy a lottery ticket for the largest California jackpot in history. And they win.

Moving into Amanda’s swiftly-vacated $9 million house on Carbon Beach in Malibu is easy. It’s just as easy to slip into the empty place among Amanda’s friends, and take her place at an elite school for Malibu’s rich and famous kids. Tavi even manages to fall for and kiss Amanda’s boyfriend Bran.

But something about Tavi’s new friends is wrong. Bran’s parents have serious spousal abuse issues, Freddy has bi-polar tendencies, and Megan seems to be aloof all the time. Tavi’s parents start to fall apart on top of it; her mom abandons the family and her dad succumbs to a depression compacted by the guilt of not being able to care for James before he died.

If Tavi wants regain a sense of normalcy, she has to pull her family back together and figure out what caused Amanda and her family to flee the beach like the ocean was acid before it’s too late, because Amanda had a stalker and now he’s after Tavi.

SALTWATER, my contemporary YA, is complete at 59,000 words.

The Practice of Wearing Skin

Sixteen-year-old epic loner Sofia knows she has some lingering issues from being abandoned by her mom a year ago. So when Theo, a total weirdo who calls himself a grim reaper, approaches her and says she has thirty days until she dies, well that’s just freaking awesome. At least there’s one other person in the world that needs therapy more than she does.

If she talks to anyone normal about grim reapers, they won’t remember anything at all, except that Sofia might have a couple of screws loose. They don't remember Theo's name or even what he looks like. In fact, Sofia's choice comes down to dying normally and being remembered, or becoming a grim reaper and letting everyone forget she existed too.

Then near the end of her thirty days, Sofia uncovers evidence that her mom might never have abandoned her at all, but that she’s a grim reaper herself. Sofia takes the chance to reconcile with her mom and join Theo, whose British accent, grey eyes, and perfect boy jeans are incentive enough to continue “living” with him as a reaper, but when she makes it to the afterlife, Sofia learns the heartbreaking reason why her mom hasn’t tried to contact her in the last year.

THE PRACTICE OF WEARING SKIN, my YA paranormal romance novel, is complete at 51,000 words.


The Inside of Trees

In THE INSIDE OF TREES two kids happen upon a group of Traveller people living in the woods who guard a secret: a Lilliputian race of faeries.

Thirteen-year-old Ben Hawthorne and his twin sister Emma grew up listening to their mothers’ bedtime stories about faeries. After her untimely death, their father moves the family to a tiny house in the country in the shadow of a forest. There, they encounter the young and mysterious Jacob Rhodes who knows the stories Ben’s mom used to tell. After

Jacob’s father escapes from prison with the help of a rogue faerie, Ben and Emma must cram a lifetime of Traveller instinct into just a few short weeks if they are to gather enough lightning stones (magic stones that are formed when lightning strikes) and keep Jacob’s father from harming the Traveller family.

Travellers are real groups of nomadic people that generally do not have such things as social security numbers, actual brick and mortar houses, or are on the grid in any way unless caught committing a crime and put in jail. Eddie Izzard and Minnie Driver recently starred in a TV show called 'The Riches' which was based on a family of Travellers. While the book features faeries and "lightning stones", it is firmly set in the real world and there is nothing sparkly or cutesy about the faeries.

THE INSIDE OF TREES, my MG urban fantasy novel, is complete at 48,000 words. 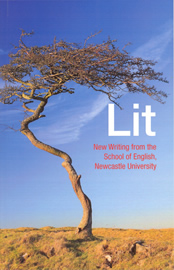 Be Together, (Short Story) 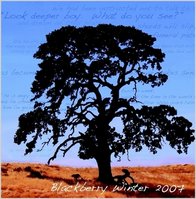 If I Could Choose (an apology), (Poetry) 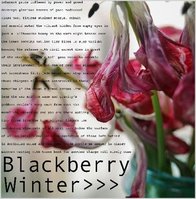 I tried to remember you today, (Poetry) 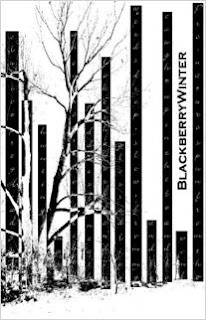 Caution at first is better than tears later, (Poetry) 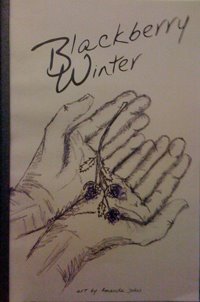